Wave riding in the gulf of Mexico on the upper coast of Texas differs from traditional surf spots in that most of our surfing is done on wind-swell as opposed to groundswell.  Blocked from south swell by Mexico/Central America and from the east by Florida we probably receive as little groundswell as any other regularly surfed place on the planet.  We even get less groundswell than other spots in Texas.

The swells are short-lived too.  The majority of our surf comes during the fall winter and spring when the surf is mostly created by the gradient between high pressure to the east and low pressure developing to the west in response to an approaching front.  This creates a favorable but often fleeting onshore fetch.  Usually you only get a day or two of building surf before a front comes through. These fronts can turn the wind offshore and clean up the surf for a classic day but they can also blow too hard and knock it down or turn the winds northeast and ruin the surf devil-wind style.  Because of these factors most “swells” here last one to three days.  Sometimes they stretch out to four to five days but the surf is rarely “solid” the whole time.

Just about any good surf we get in the summer comes from tropical storms but favorable conditions from these swells are usually short-lived too.  There just isn’t enough room in the gulf for a hurricane to create a nice orderly swell without simultaneously creating conditions that interfere with that same swell.  One of the longest lasting tropical storm swells I can remember on the upper coast of Texas was hurricane Elena in 1985. 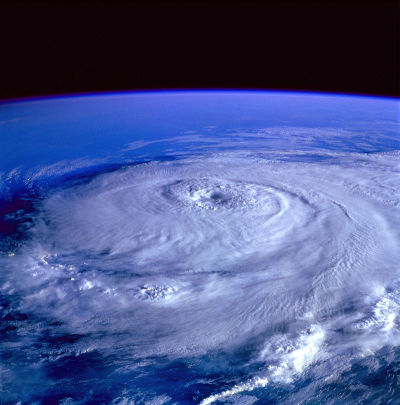 It lasted six days and while the surf was classic at times, it was marred and ripped apart at other times by weird surges and currents from the churning hydraulics of a huge cyclonic circulation just a few hundred miles away.

A solid swell lasting 7 days or more on the upper coast of Texas is unusual.  We had such a swell in 1996 and I remember it fondly.  Weather-wise, there was a stationary/slow-moving tropical low sort of hung up in the Yucatan basin of the Caribbean Sea like they often do late in the Atlantic hurricane season.  This itself is a good wave-making setup for Texas.  Add to it a very strong high pressure system moving down the eastern seaboard towards Florida and it’s a great setup for waves in Texas.

I remember seeing a map(probably on the weather channel) showing a bunch of isobars tightly stacked horizontally east to west across the Gulf of Mexico and diverging as they neared the Texas coast.  This meant straight-line winds pointed right at us and made huge surf for the upper coast of Texas and the the diverging isobars meant light winds at the coast.  This swell built and built and built but remained relatively calm and organized the whole time.  I believe the straight-line winds were an important factor because while this swell got huge, as big as any hurricane swell I’ve seen on the upper coast there was not as much of the surf-ruining surging and upwelling that often comes with a big hurricane swell.

I missed the first day but was told by a reliable source it rapidly grew out of nowhere to jetty-jump size by afternoon.  It steadily rose for two more days(including a big day in the channel) before leveling off for an outstanding Sunday of clean over-head waves at the Surfside jetty.  The swell slowly dropped over the next three days.  A front stalled along the coast the fourth evening and brought fog which didn’t hurt the waves any but it made it harder to video the distant Surfside surf.  This video is from the third to last day of this great swell.

This video was shot using a Sony hi8 camera.